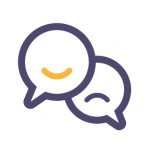 
Posted by Arthur D Bardswell at 16:36 No comments:

This one rated 3rd in the last FaithWriters.com weekly challenge. 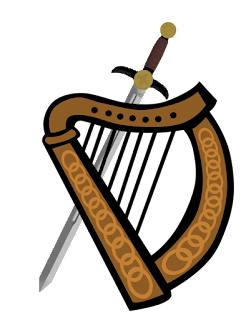 Northumbria’s might, their cursèd lords,
King Ida and his pagan hordes
Would fain invade fair Cymru’s lands
And seize the wealth from Powys’ hands.


A gifted bard he went to war
And battle ‘gainst the Saxons saw.
His heart was high, his arm was strong,
Well skilled with harp, with sword and song.


Above the tumult rose his song.
He cleaved a pathway through the throng.
He stirred his comrades to the fray.
His valour helped to win the day.


Prince Owain to his father told
How bravely fought this bard so bold.
“To see him fall ‘twould shameful be
And hear his song no more,” said he.


King Urien he turned his thought
From matters of the war he fought.
“I therefore shall him show my thanks
So bring him forth from ‘mongst our ranks.


In courts of kings his voice belongs
To us this bard shall sing his songs.”
The bard took up his harp once more
And put aside the tools of war.


He now had favour of the kings
Before them many a song he sings.
And courtiers, princes gathered ‘round
Whene’er his harp its chords would sound.


Yet fame and royal patronage
Became to him a gilded cage.
His restless spirit yearned to be
A-wandering, and roaming free,


The path to Wyddfa’s* peak to trace,
To feel the sea-breeze on his face.
The village folk to daily greet
To share with them his daily meat.

The king, reluctant, gave him leave.
“Return thou soon, or we shall grieve!”
So bidding farewell to his hosts,
His face turned t’ward the Western Coasts.


Through valleys green and wooded hill
And forests deep his voice would fill.
The villages through which he passed
They bade him come and break his fast.


Forsaking plough and milling stone
And cooking pot, they came as one,
Assembling at the village square
To hear his tales, his voice so fair.


The young ones came, with eager faces,
Crowding in at meeting places.
At jests they laughed, at sad tales wept.
Such precious mem’ries e’er he kept.


The good folk shared their dwindling meat
Though bread-pots rarely were replete.
Yet thankful and content were they
And freely gave, and brooked no “Nay.”


His heart it deeply grieved, for he
Once felt the lash of poverty.
So, oft aside his harp he laid
And for his bread in toil he paid.


“The rich may of their bounty give.
To serve them maybe I should live,
My friends, that I may wealthy be
That I may pour my wealth on thee!”


He came, one cold and stormy night,
Upon an ancient anchorite.
Though warm his cave, his pot was bare.
Good shelter, but no meat to share.


A frail, but gentle, kindly soul,
He bade him welcome to his hole.
“Though I have naught, I have no lack.
For what I give, God giveth back.”


An hungered waif with rags a-torn
Came begging here this very morn.
The last of all my meat he craved,
But when he left, his soul was saved.”


The bard his travel-bag he ope’d
But found not all that he had hoped.
A small dry loaf and crumbling cheese
Was all his hunger had to ease.


“Take this,” said he, “For I have supped
With former hosts I dined and cupped.
If God is good, then on the morrow
Much abundance I shall borrow.”


The good monk raised the gift up high
And prayed a blessing t’ward the sky.
He broke the bread and gave his guest
Not half, but thrice what he had blessed!


Likewise he blessed the crumbled cheese.
The bard then fell upon his knees.
“’Twas said Saint Dewi** dwelt herein.
Wilt thou resolve me of my sin?”


Saint Dewi shook his head. “My son,
I, too, am sinful. Only One
Can cleanse from sin, that by his blood,
Worth more than gold, for God is good.

God’s kingdom is not drink nor meat,
The whole world’s riches at thy feet.
The gift God giveth, give away,
And thou shalt find true peace this day.


Give Him thine heart, and sing His praise
And serve His kingdom all thy days.
Dost thou desire to bless the poor?
God’s heart now is thy treasure store.”


The bard went forth, his song renewed
With righteousness and power endued.
Enriched he now the rich and poor
With hymns of praise not heard before.


His best was for the poor reserved.
‘Twas said he once King Arthur served.
Called “Bard of Bards”, thus was his fame,
For Taliesin was his name.